Ames is nearing completion of a six-year reclamation project at the Azusa Quarry. The environmentally sensitive, massive undertaking is reclaiming one-half of the quarry, and stripping and removing overburden for future mining purposes on the other.

Excavated rock from the steep, rocky slopes, which requires drilling and blasting when no other means to remove the material is possible, is loaded into two jaw crushers for primary crushing. Using a conveyor system, material is then transported nearly three miles to a 99-acre landfill. The conveyor system traverses the San Gabriel River bed and a community hiking trail that winds through the middle of the mine.

Multiple tunnels are being used on the project, including a 300-foot-long tunnel buried into the mountainside at the quarry and fitted with some of the largest pan feeders available. The tunnel is also equipped with two hydraulic hammers to break up rocks, and a belt running at over 650 feet per minute, able to haul 2,800 tons per hour. Three tunnels are being operated in the landfill along with 16 mobile conveyors, which are moved throughout the project phases to place material.

Slope restoration includes application of topsoil, native seeding and planting over 38 acres to create natural conditions. A significant milestone was achieved when crews completed the first phase of reclamation by replacing the hillside’s 30- to 50-foot benches, known locally as the “Mayan steps,” with 1- to 2-foot micro-benches that will gradually contour to form a natural-looking hillside. 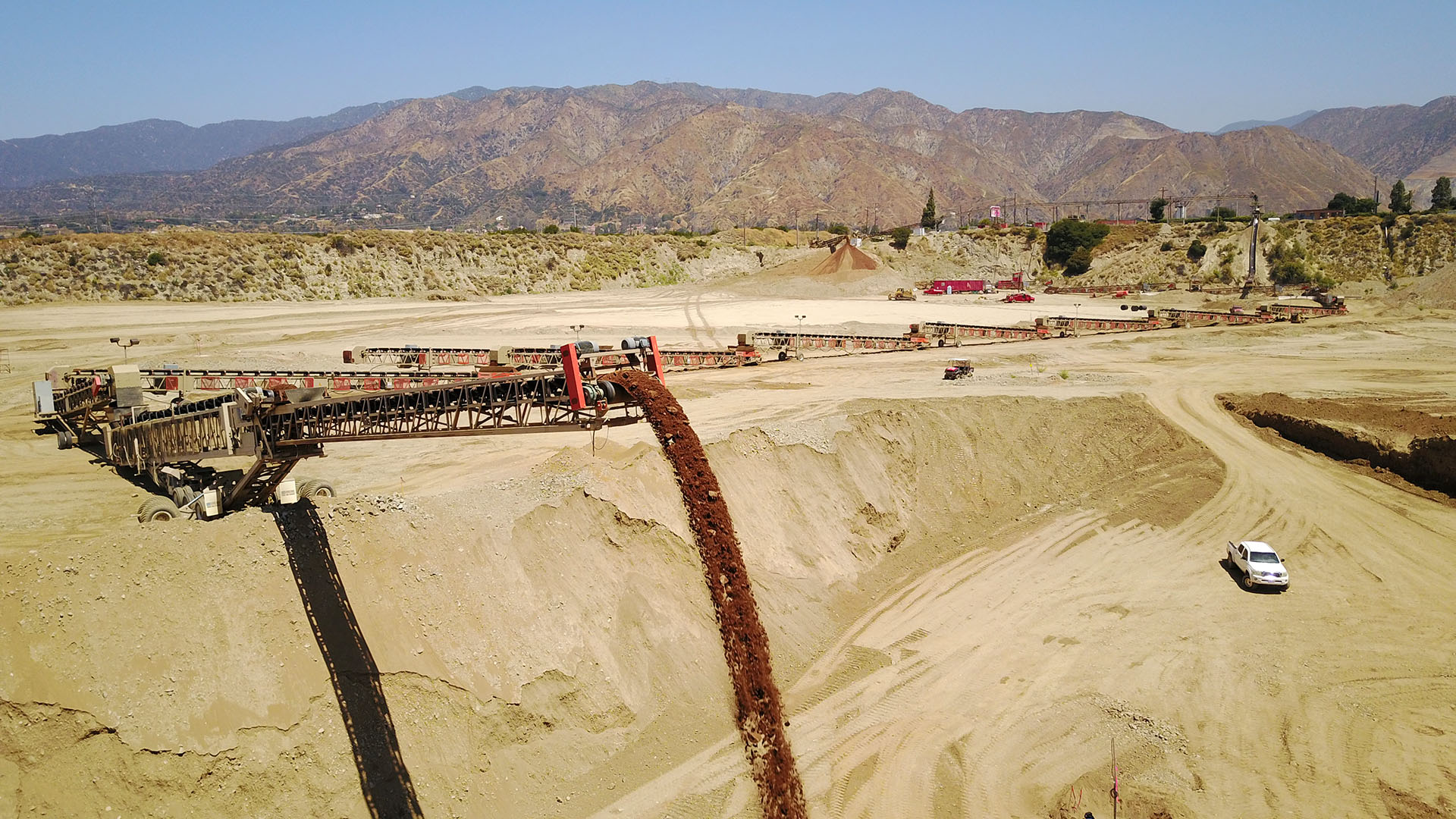