After three and a half years of hard work constructing the Mississippi River Crossing between Minnesota and Wisconsin, the new bridges and interchange near La Crosse, Wisconsin, were opened to the traveling public 40 days earlier than contracted.

During construction, crews overcame a multitude of challenges including high river water levels, frigid winter conditions, complex staging and river traffic. Ames, MnDOT and WisDOT worked together to limit impacts to the corridor’s various transportation entities. Crews built the project while keeping the flow of vehicular traffic, recreational and commercial river navigation, and railroad transport open for the duration of construction. For construction of the approach piers, crews built a temporary trestle and riprap causeway across the Mississippi River backwaters.

The final step of the project was to demolish the existing 50-year-old I-90 bridge, whose fracture-critical status had placed its removal and replacement high on the priority list. To complete the demolition work prior to the winter river freeze, crews dismantled the bridge during the summer months. Ames lowered the span — weighing nearly 2.4 million pounds — over the main channel in two pieces utilizing short-term channel closures.

Crews installed a lowering system consisting of several false work beams, high strength rods, and specialty hydraulic jacks. Once the steel bridge members were cut, the span was lowered precisely 30 inches at a time with each cycle of the jacks until the structure came to rest on two barges located directly beneath the bridge. Once secured on the barges, two tugboats pushed the span to shore. Crews could dismantle the remaining portions of the bridge without impact to river traffic while still completing the work prior to the winter freeze.

Connecting both community and commerce, completion of the new bridge and interchange alleviates traffic congestion, reduces crash rates and allows motorists to enjoy a safer scenic drive for the next 100 years. 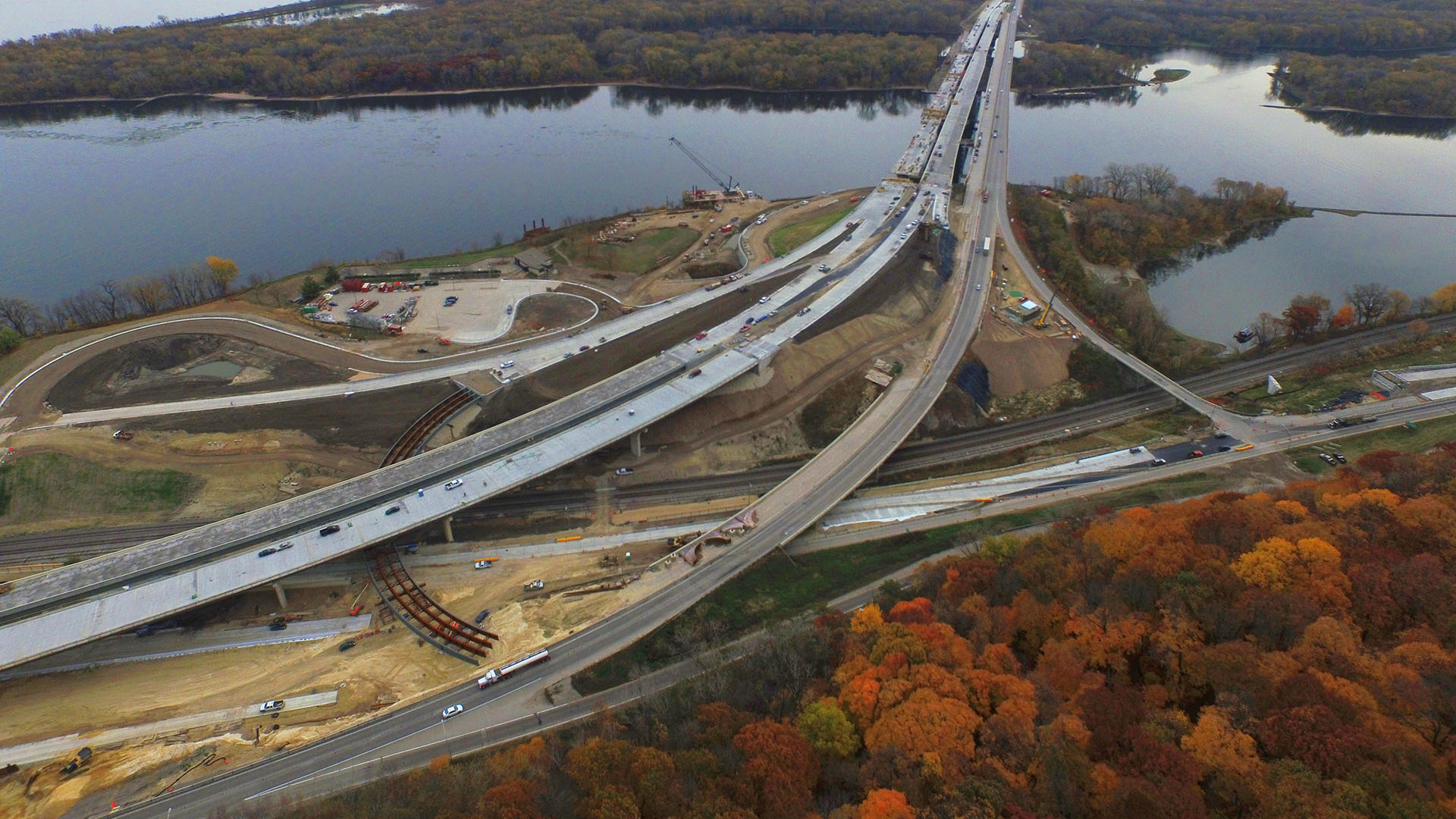 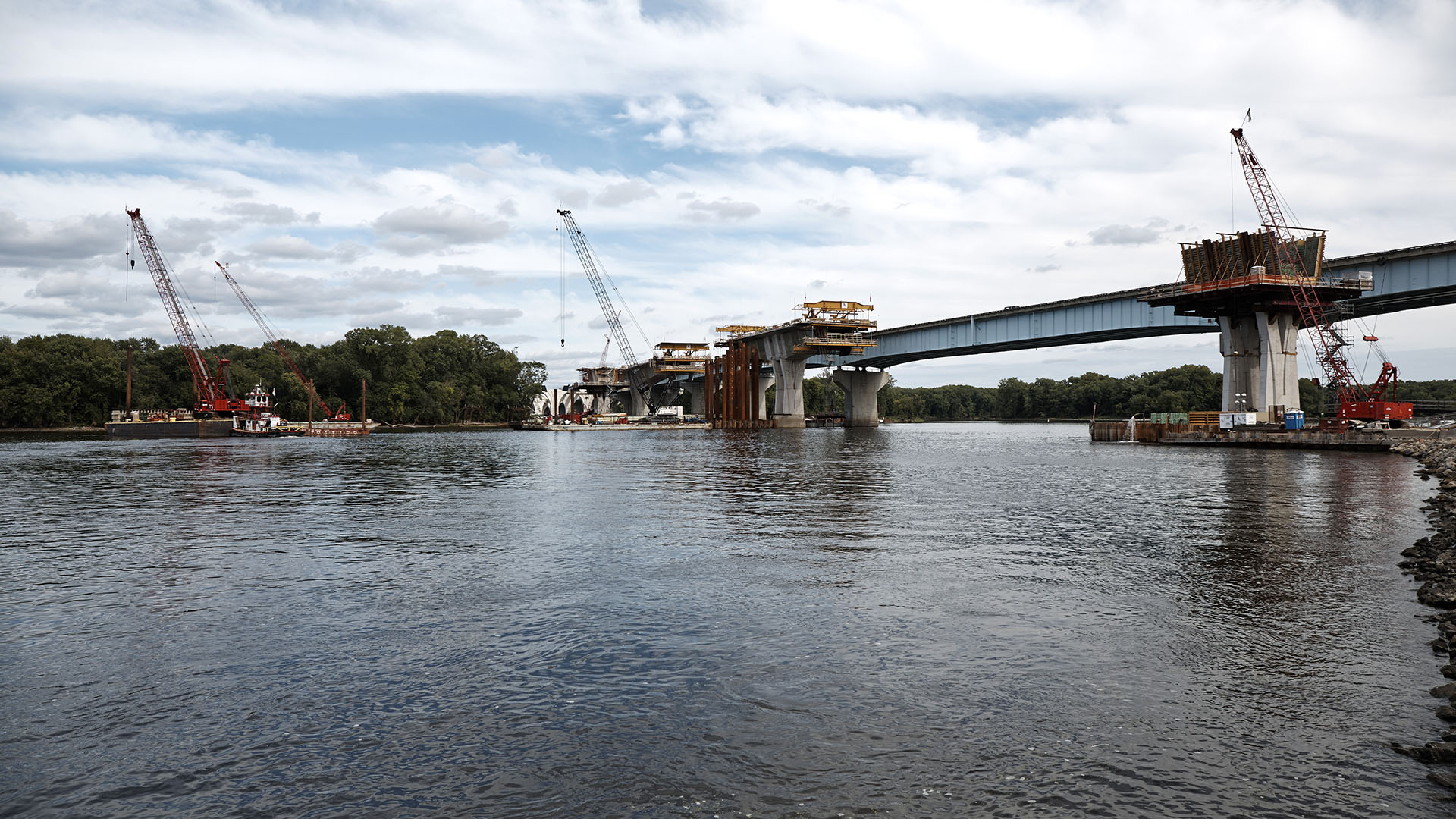 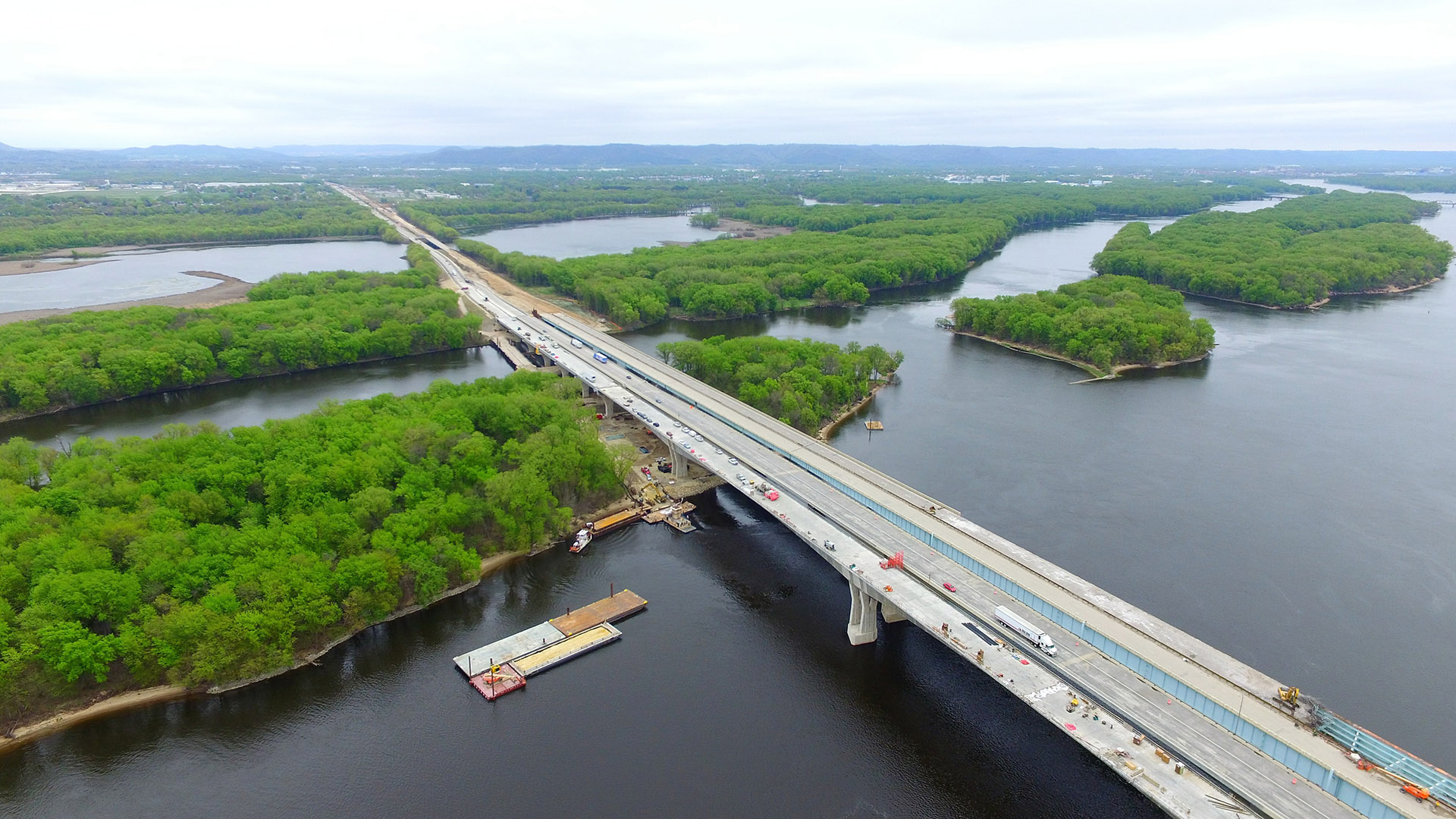