After running continuously for 111 years, Olmsted Hydro Power Plant went off line for the last time in the fall of 2015. Ames crews mobilized to the site a year later to build a new hydroelectric plant located adjacent to the old one. The new system will achieve a broader mission of renewable, clean power generation and regional water conservation.

To supply water for the power plant, crews installed massive steel pipe in an existing rock tunnel. Because of the confined space, a steel pipe carrier with railroad wheels was fabricated and Ames installed railroad rail so the pipe-loaded carrier could be pushed into the tunnel using a Bobcat skid-steer loader. To maintain air quality, an extensive ventilation system was installed in the tunnel, with an attendant stationed outside to monitor the air constantly. After the piping was installed, crews erected a bulkhead at the tunnel opening and cellular grout was injected into the space around the pipe.

As Ames completed demolition of the existing pressure box structure at the tunnel’s opening, construction of the new surge tank began. Crews are installing the steel pipe penstock up a steep slope from the new power plant building, and work continues on the extensive concrete foundations, walls, and suspended decks for the power plant building.

When completed, the new power plant will have the capacity to generate approximately 12 MW of power per hour, or enough power to supply nearly 3,000 homes. 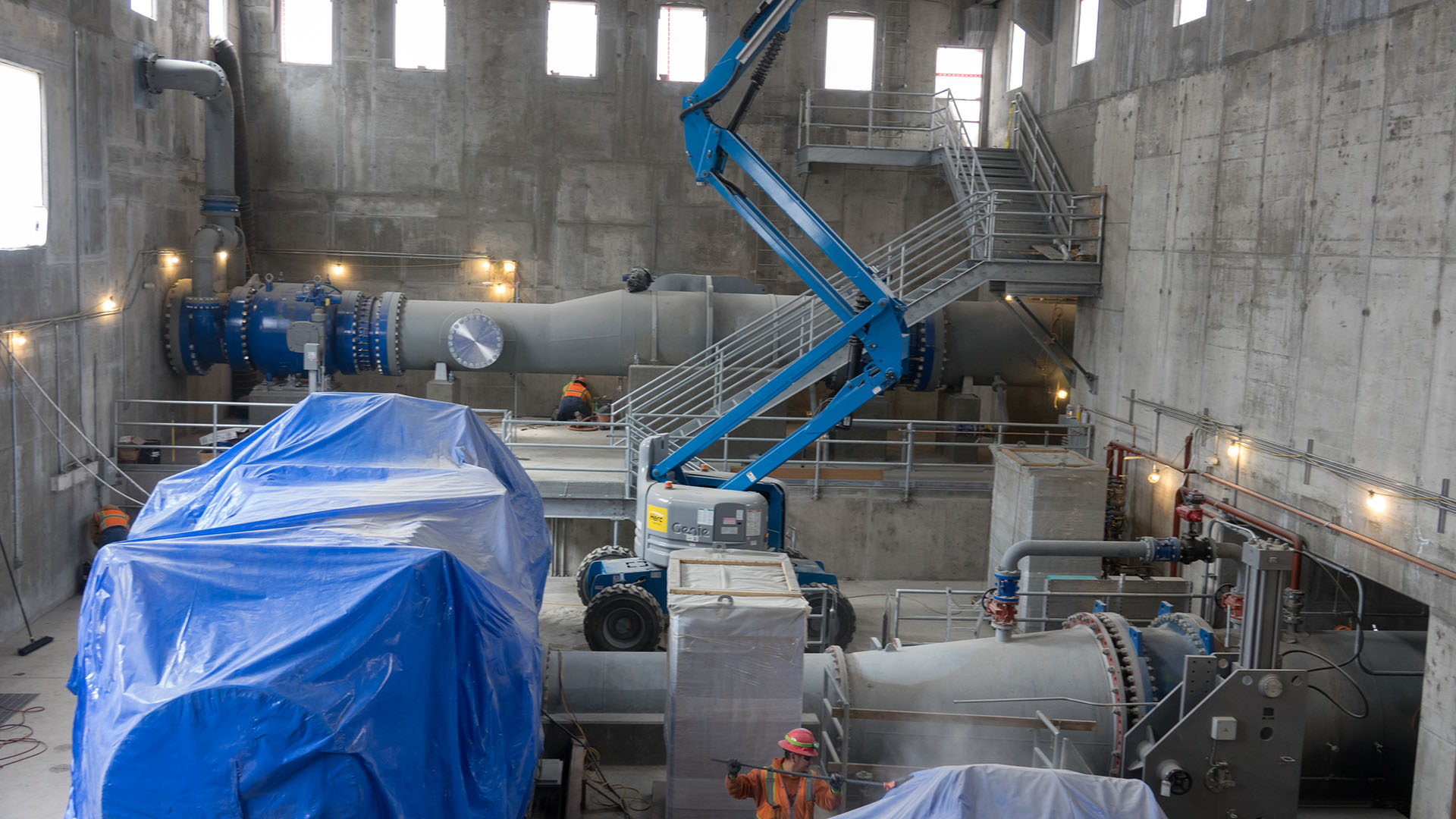 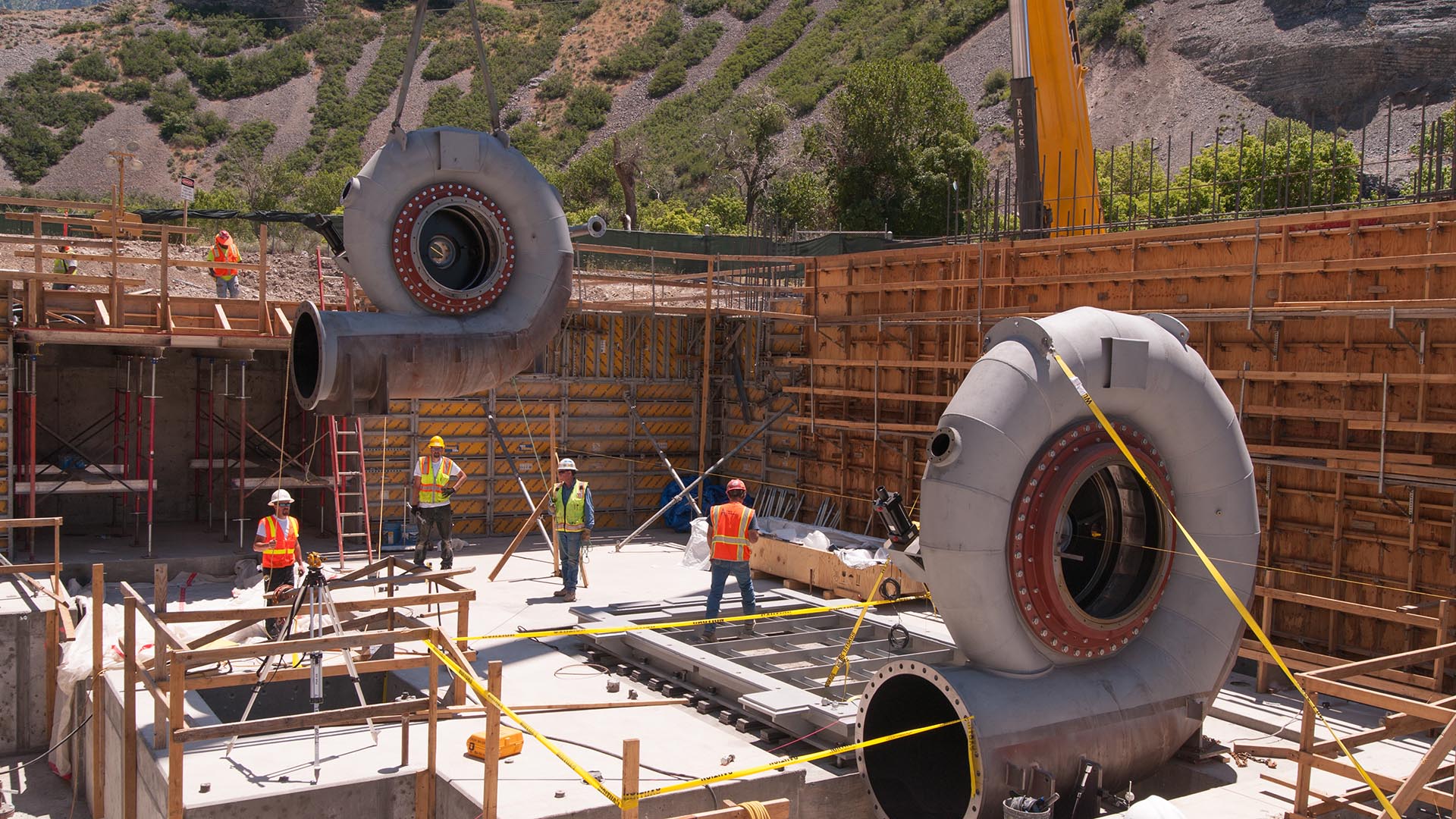